Zeitmagazin - return of the concubines

China’s millennia-old culture of men keeping concubines is back, with many rich and influential men now keeping at least one “second wife” as a status symbol or to satisfy the sexual needs. Being a cocubine is not accepted by society and it´s very hard to find a concubine talking about her situation. This work portraits three concubines with different characters, different circumstances which gave them varying reasons to stay in this kind of relationship. One came from the countryside and found her romantic love in a married man, one found her love in a married police officer paying for all their activities and one got ritch on her lovers.
(in collaboration with the journalist Angela Köckritz) 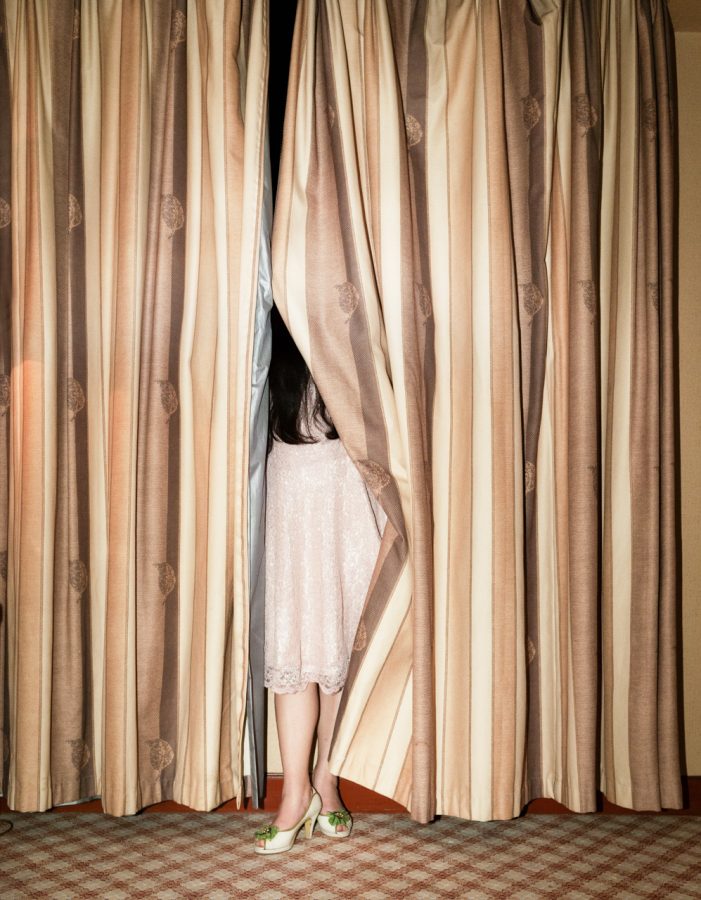 Concubine one was 20 when she met her 16 years older lover, a small business man, in a karaoke bar where she was working. She came from the countryside, had short hair, no good education and no experience in love. He didn´t tell her that he was married and had a child. After one year he invited her at his home without comment to show her that he had family. He promised her to marry her, when she will be 30 years old, but never popped the question. He ask her to grow her hair for the wedding picture. She never regarded any other man. She was studing literature and earning her own good money. One evening when they were sitting in the car he refused to stay longer. She got her little scissor from her handbag and drived it into her thigh. He threw her out. She was 29 and they were driving in the car again when she injured him with a little knife. They don´t see very often anymore, but she still loves him. 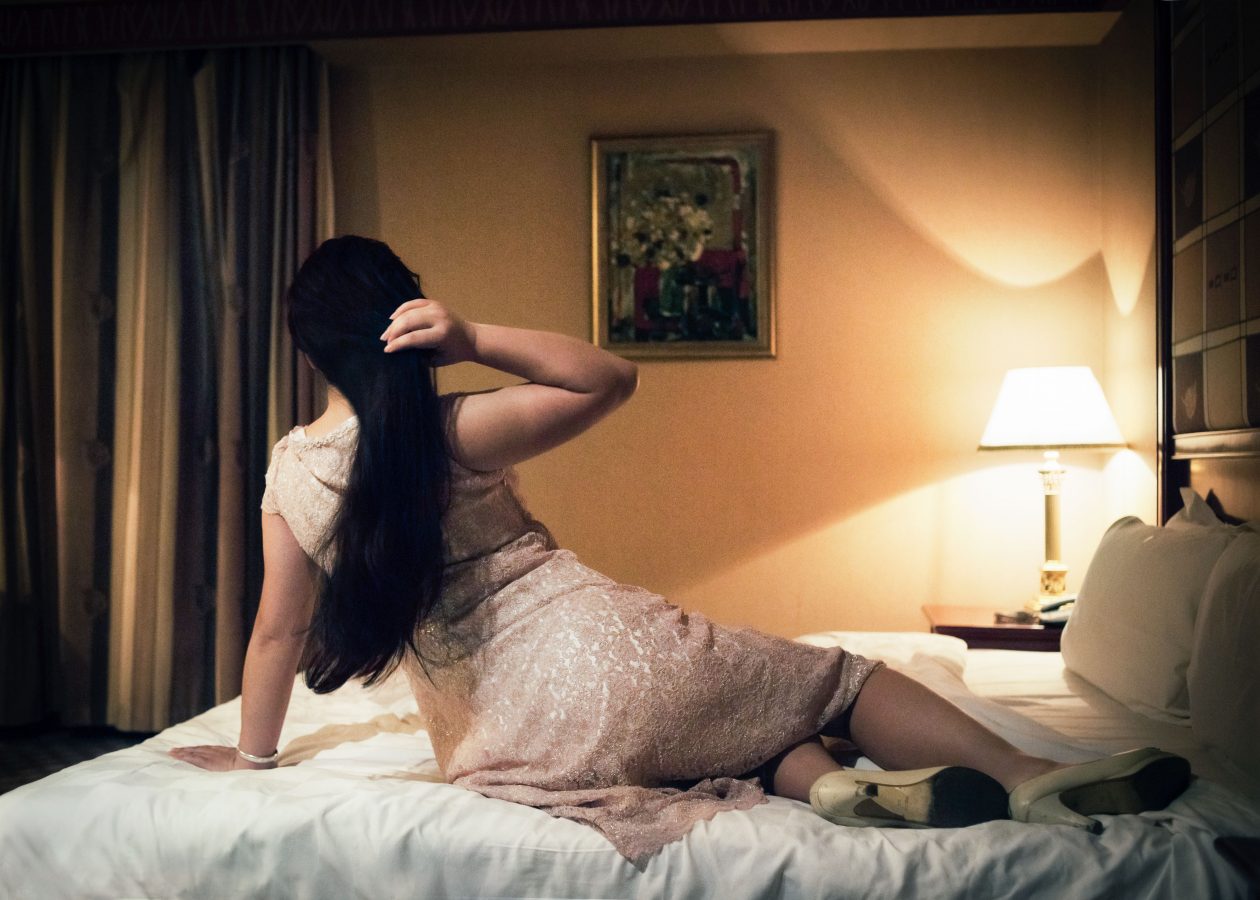 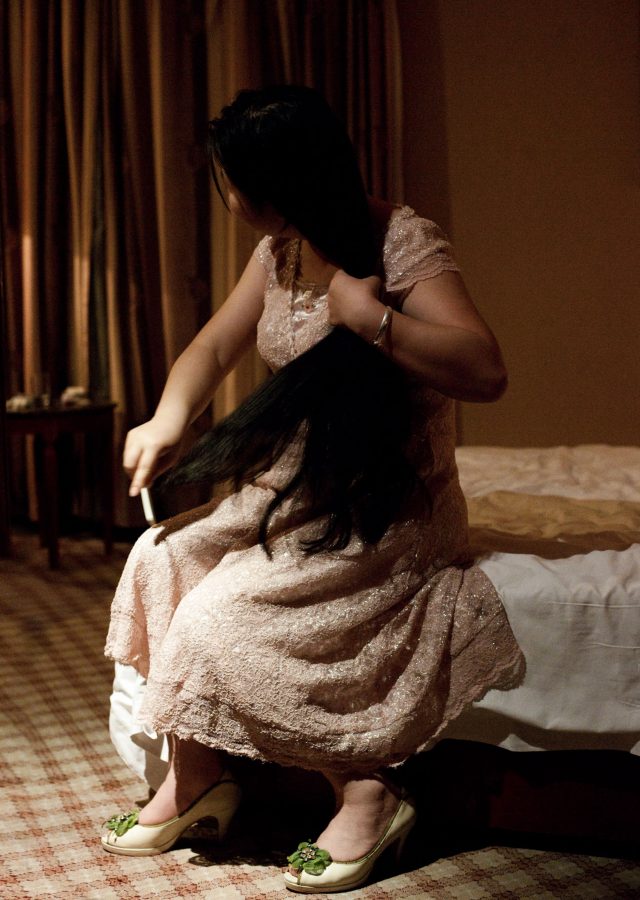 Concubine one in a middleclass business hotel in Jiaxing. 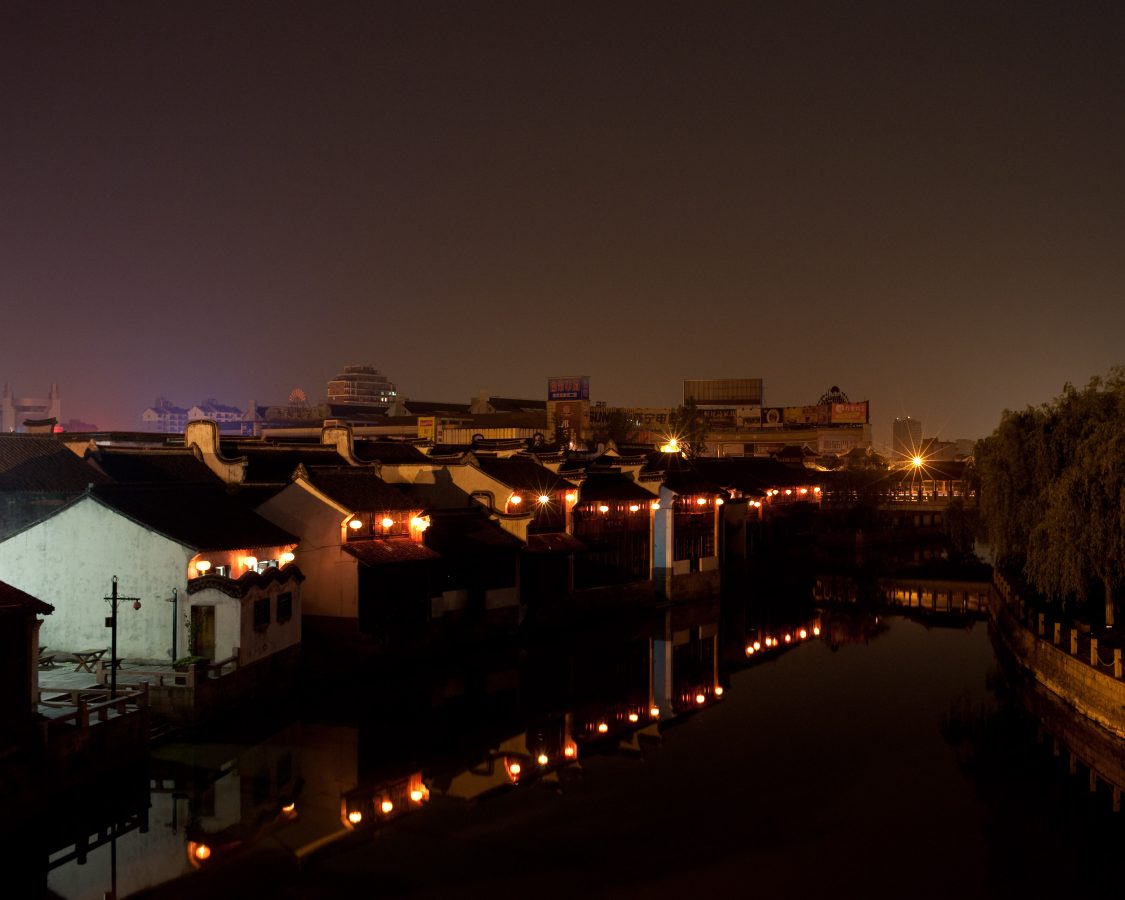 Concubine one is a very romantic person. She likes to promenade with her lover. This is her favorite place for a walk in Jiaxing. 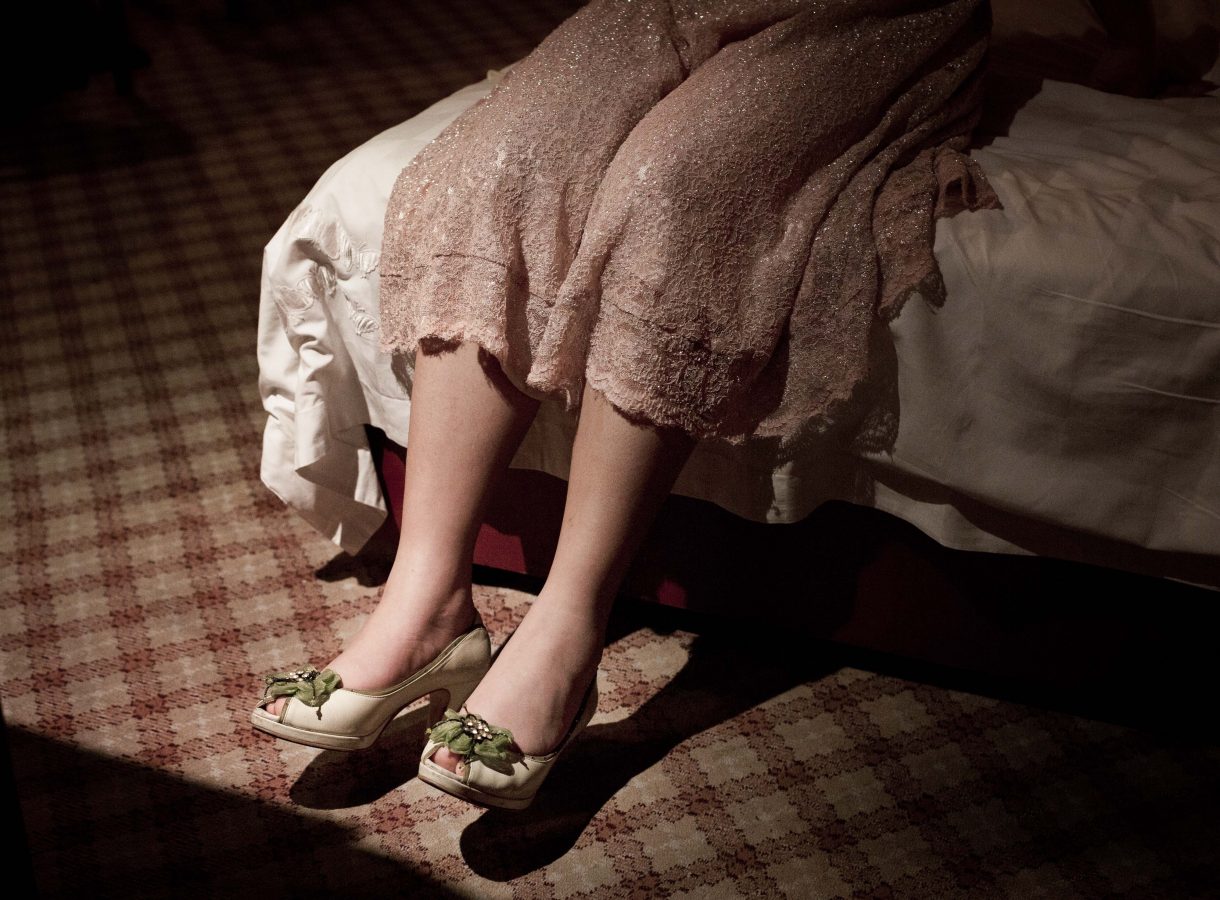 When concubine one drived the scissor into her thigh, she got injured. There is still a scar under her skirt . 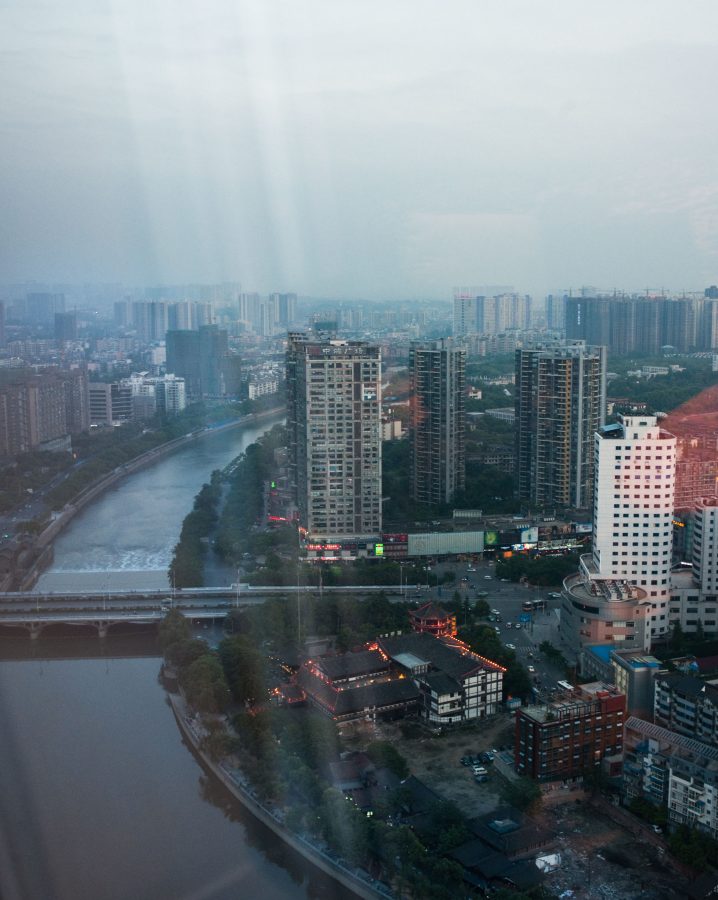 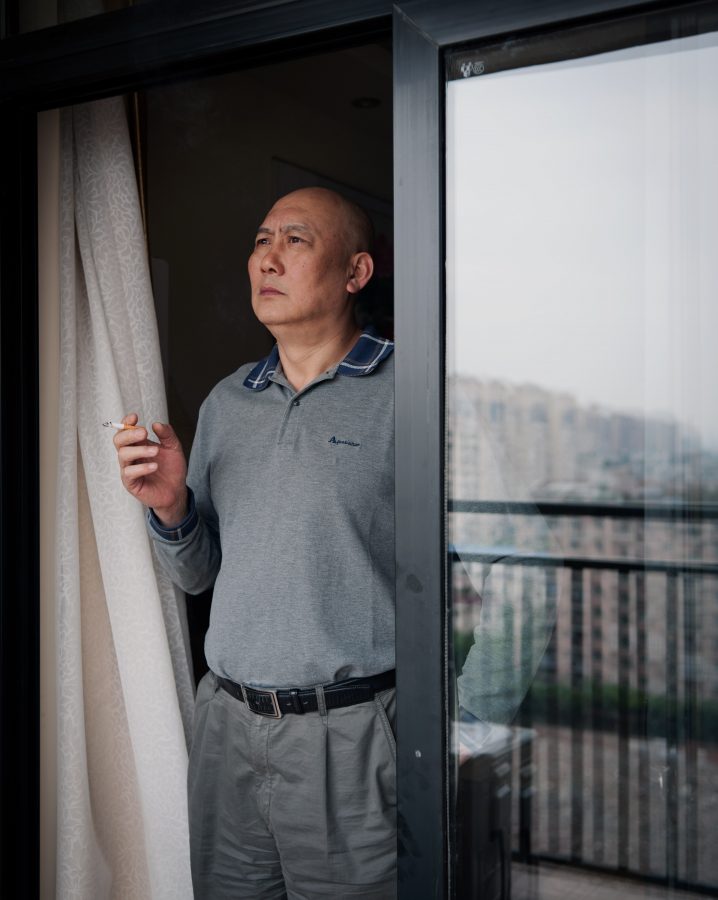 He is married, a former soldier who came into prison because of political matters. Now his clients are mostly cheated rich wives. 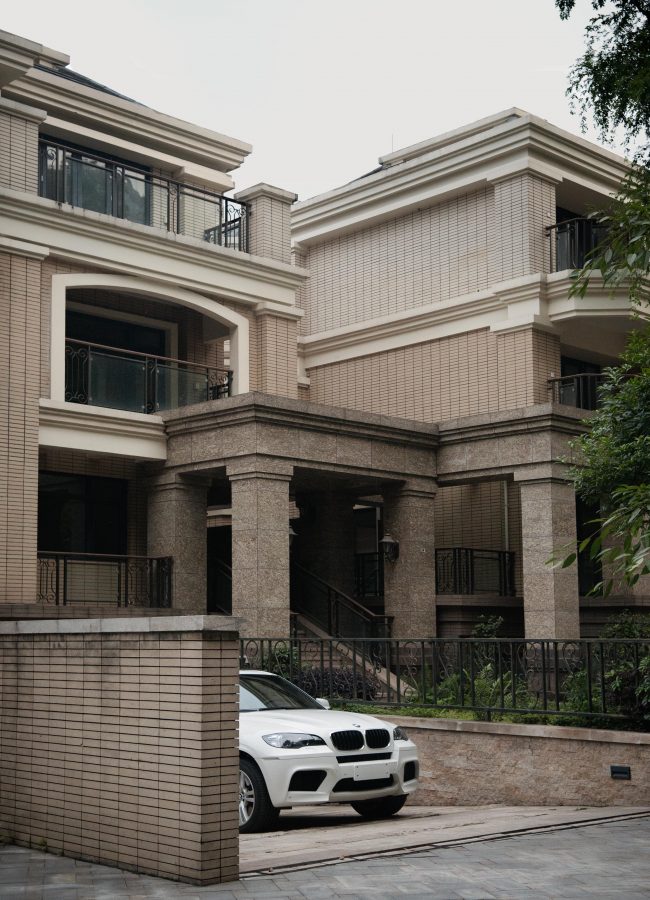 The c. in Chengdu has born the Chinese Canadian two children, he bought her a house worth 10 million RMB. 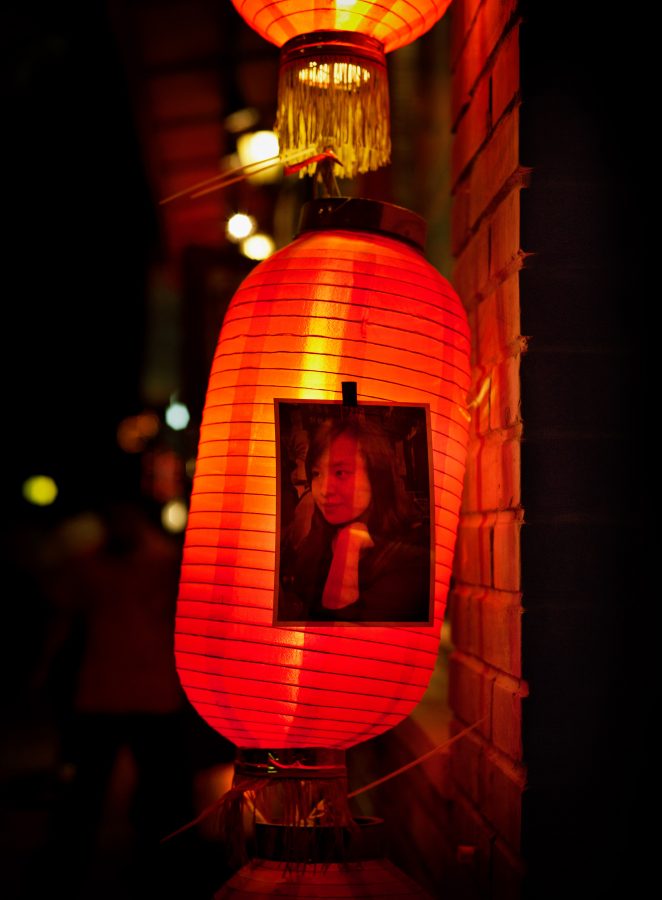 Second Concubine Wen Jing doesn´t neither need a man to survive. She lives in Chengdu, works as a singer in bars and distributes Chinese medicine, but she thinks that a man should improve her life. She had a lot of lovers. She says: „I am a lovaholic’. One of them was a cheat, one of them rented her an apartment and paid her monthly about 30000 RMB, one of them gave her money to buy an apartment. Now she is looking for a husband. She made several appointments with us but never appeared. 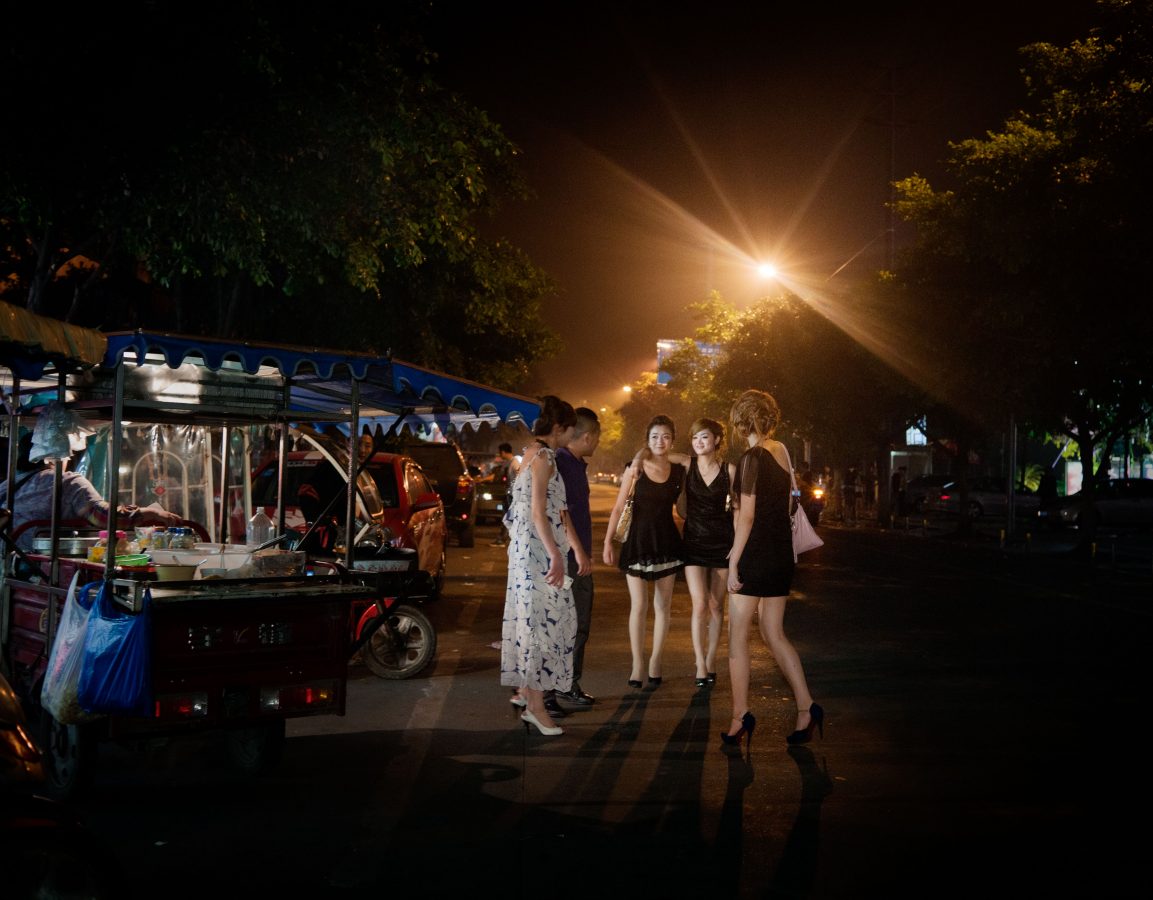 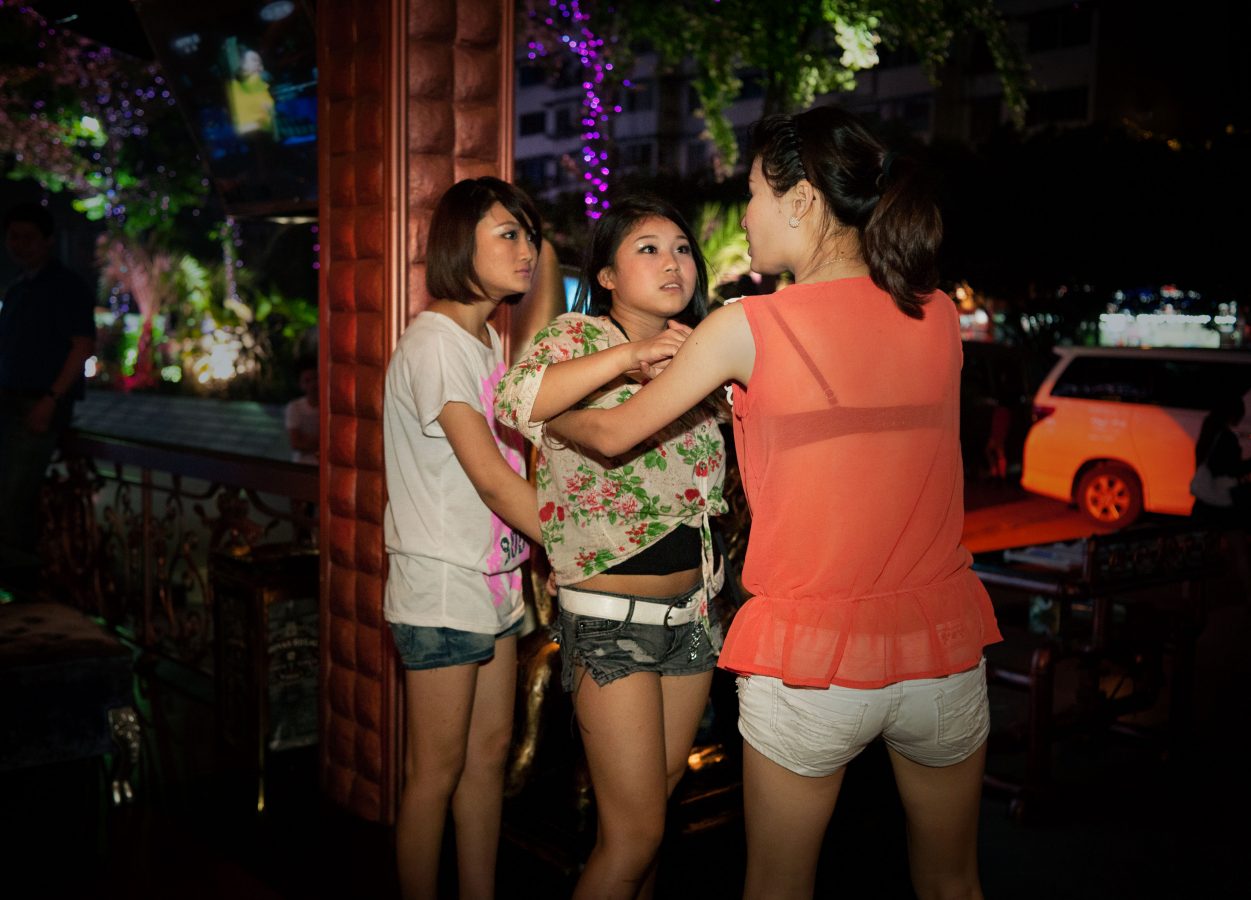 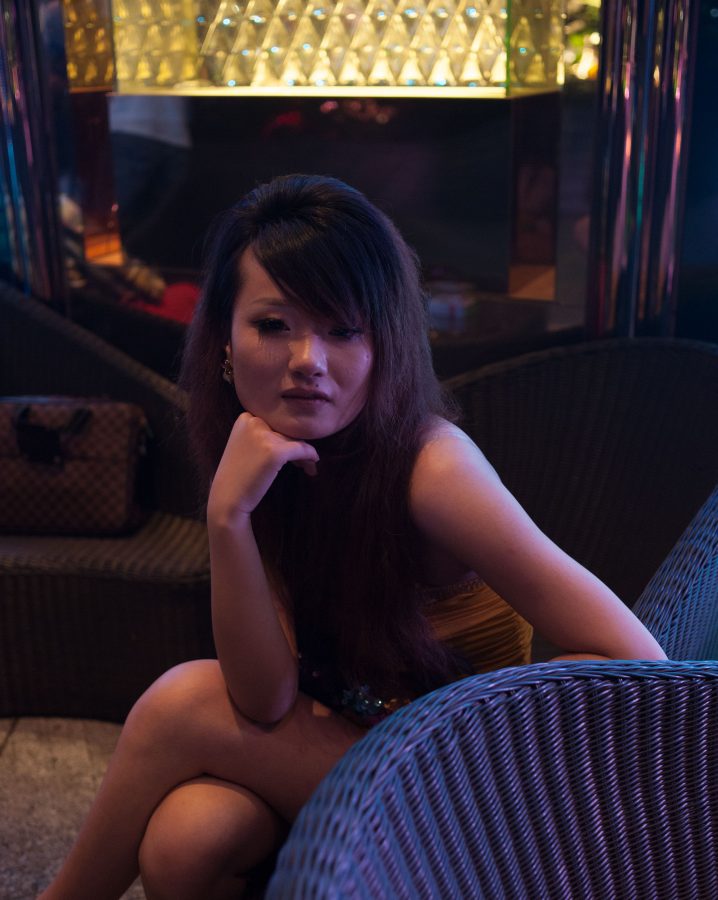 Young girl outside of the Baba club. 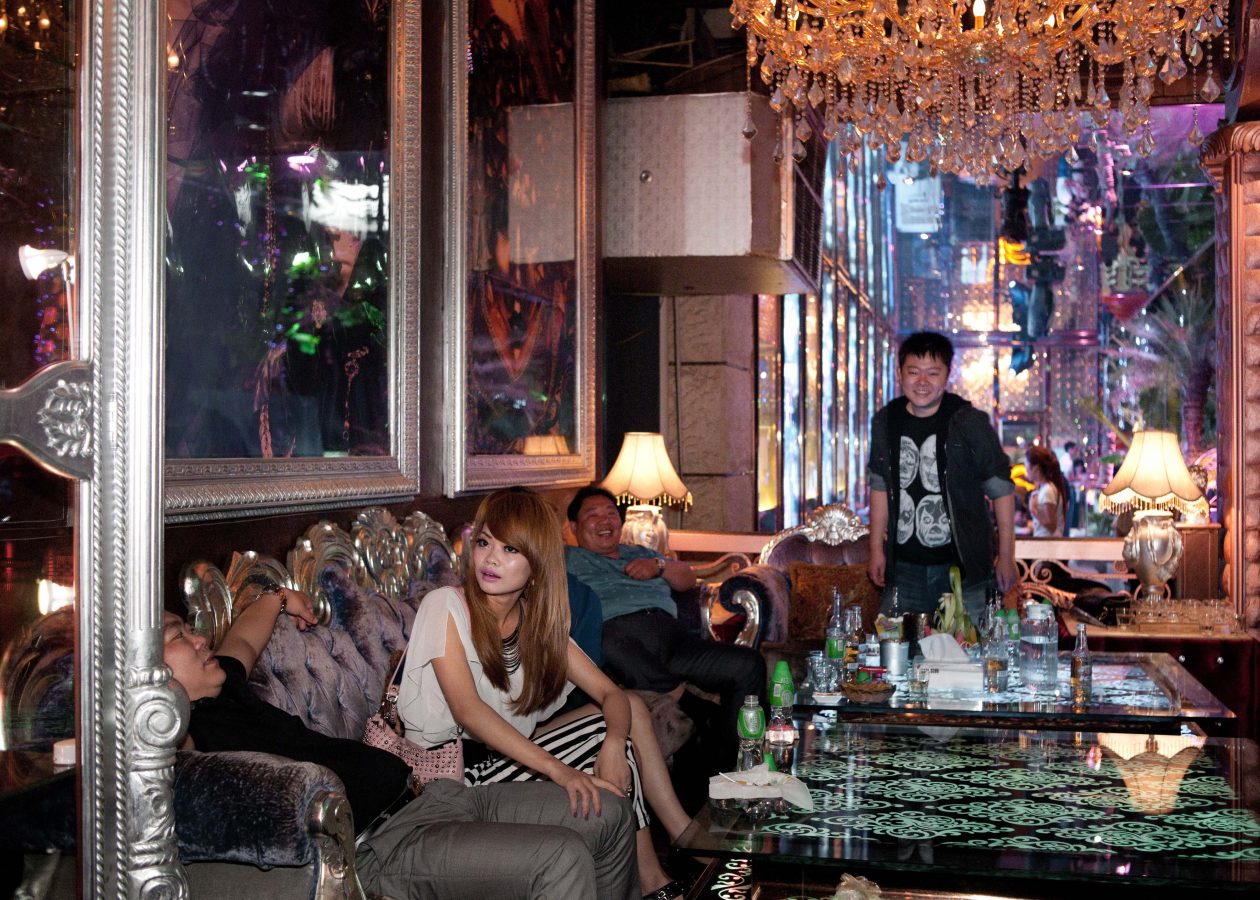 The best place to meet rich men is in the area of club Baba. Young people, young couples, business men, concubines ..everyone meets there for a dirty dance. 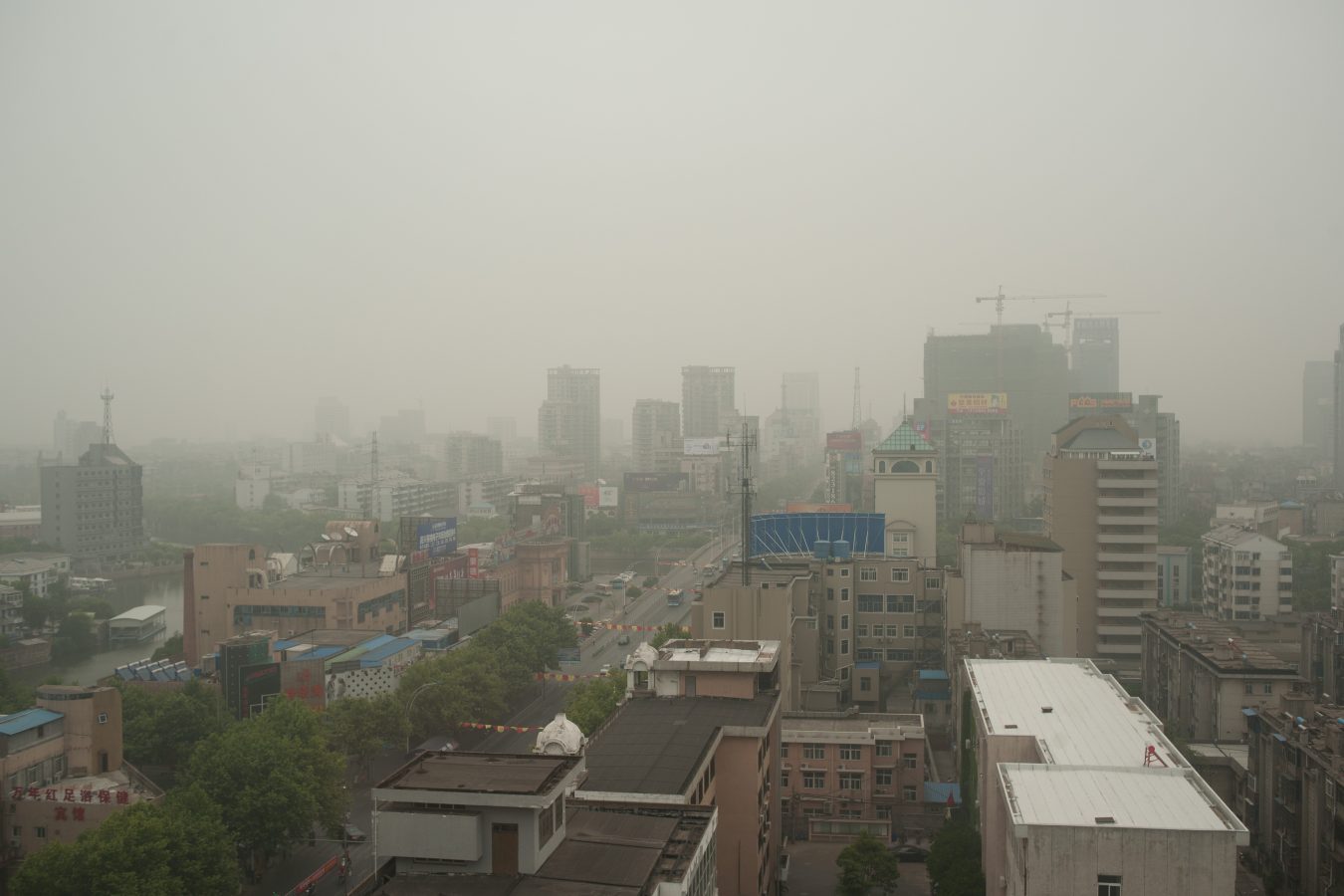 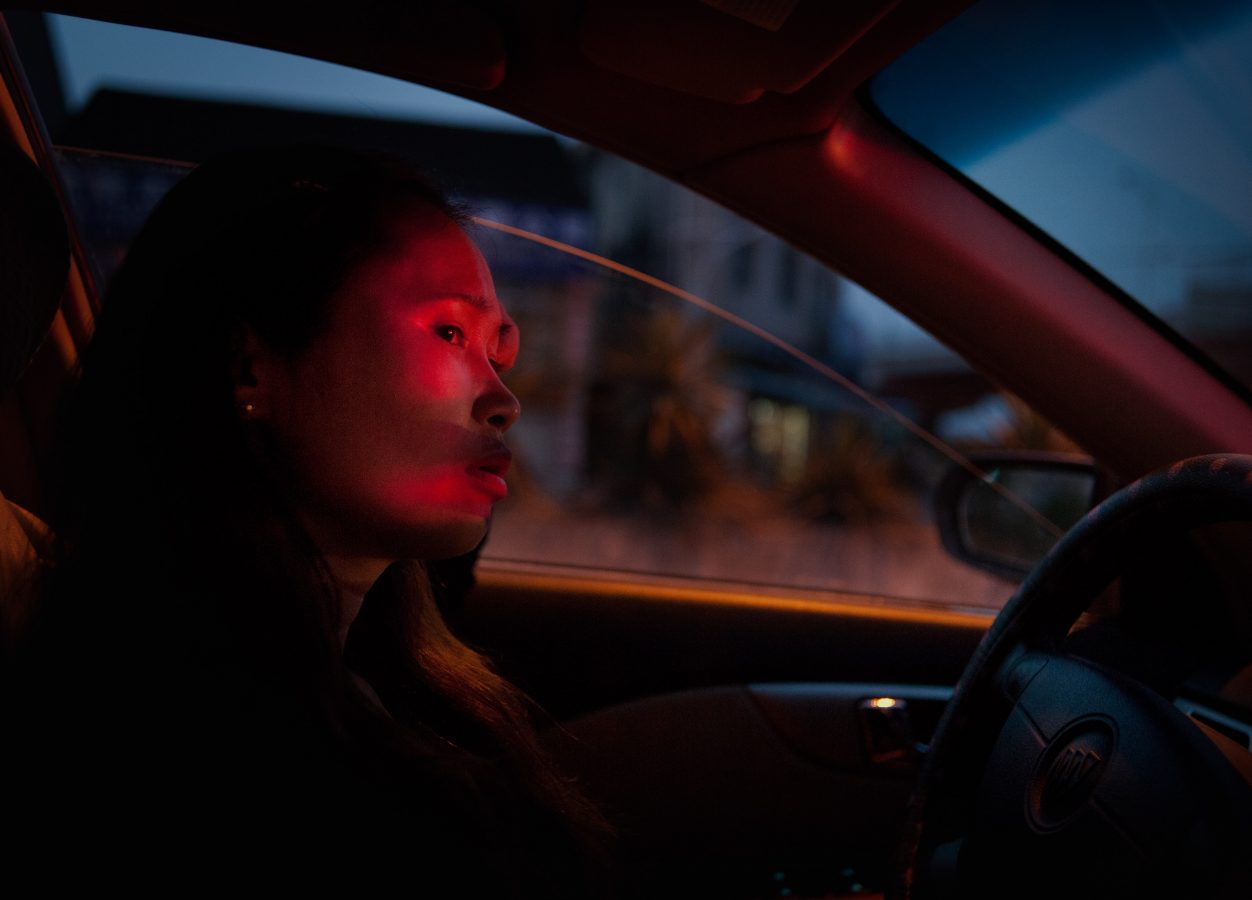 Third concubine Xie Lijun , Cixi, Provinz Zhejiang was working as an illegal taxidriver when she met him 7 years ago. She was unhappy and her parents bought a car for her to cheer her up. One night in 2004, she was stopped by a policeman, an officials for illegal operations and black market, a party member, and a big shot, vice-mayor. He confiscated her car. The married police officer visited her, but did not investigate. He came and took her clothes off. The next day, her car was in front of her door. Xie Lijun is studing law and wants to get a lawyer now. Most of the time she spends in front of the computer. She is fighting for justice , helps complaining farmers who lost their land, a hairdresser who was cheated by her neighbor and other concubines to protect themselves. Xie Lijun in an internetcafe in Cixi.Xie Lijun and the police officer were seeing each other for more than a year. He didn´t give her money, but was paying for everything. She got pregnant, lost the baby and he left. She wrote to newspapers, to the party and went to the policestation to complain. Gate of the new police station. 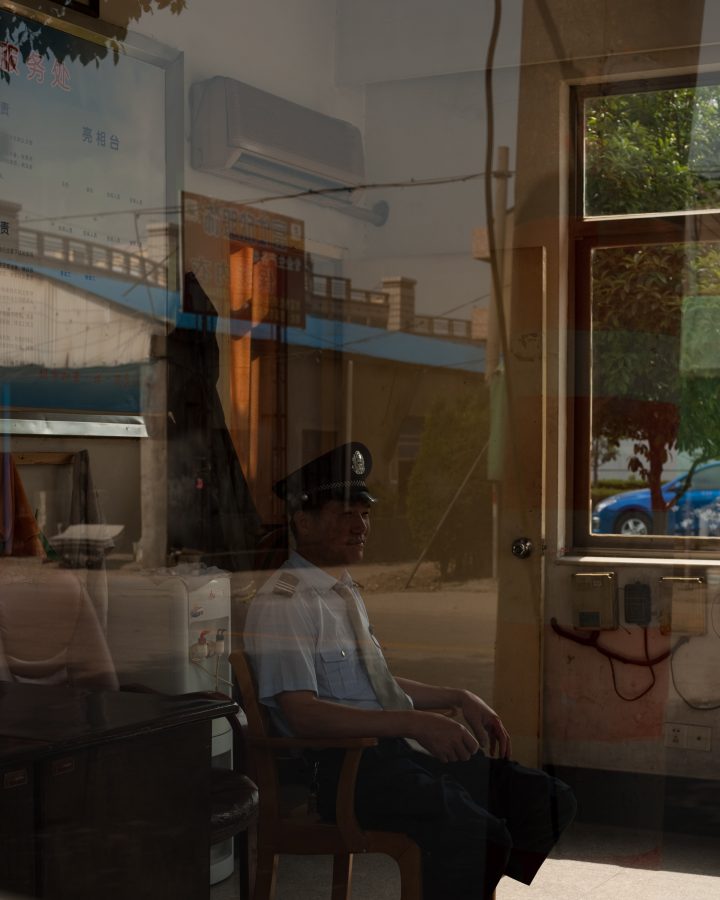 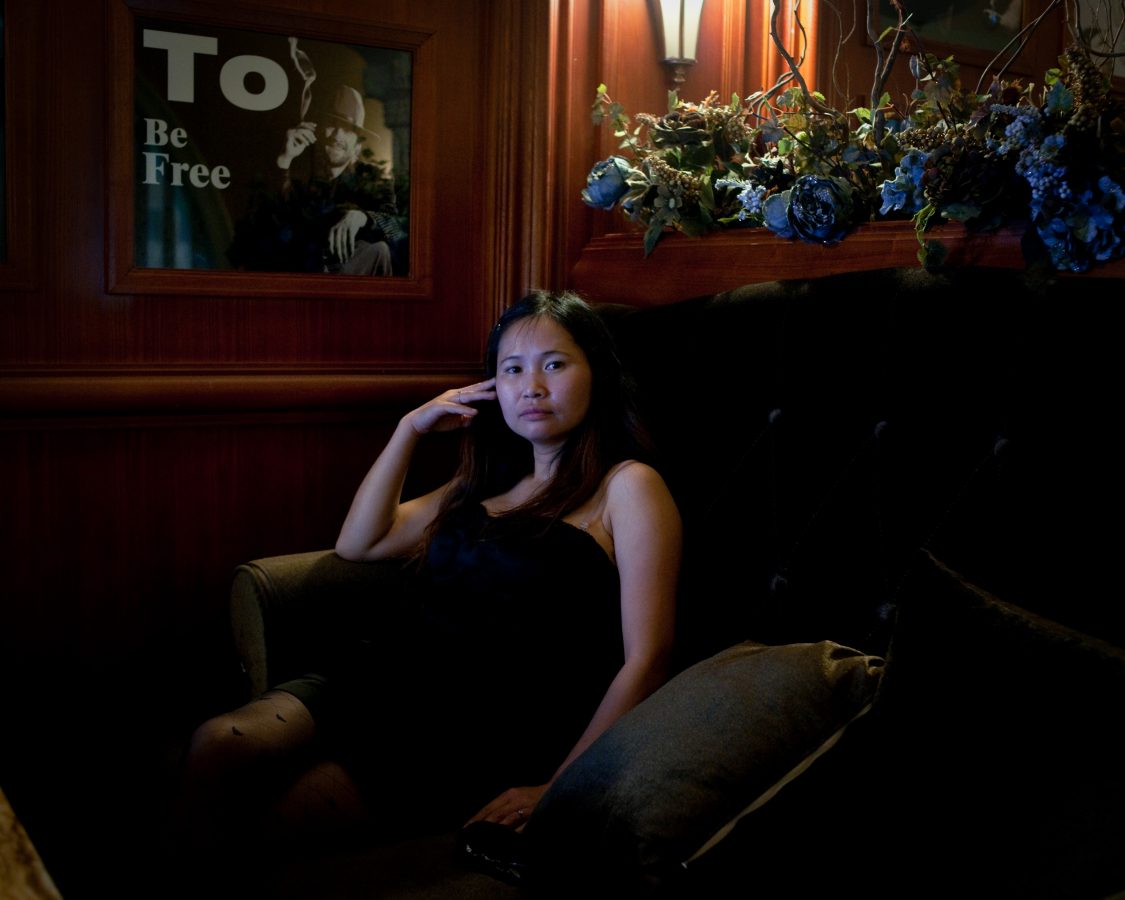 Xie Lijun wants to get a lawyer now. Most of the time she spends in front of the computer. She is fighting for justice , helps complaining farmers who lost their land, a hairdresser who was cheated by her neighbor … 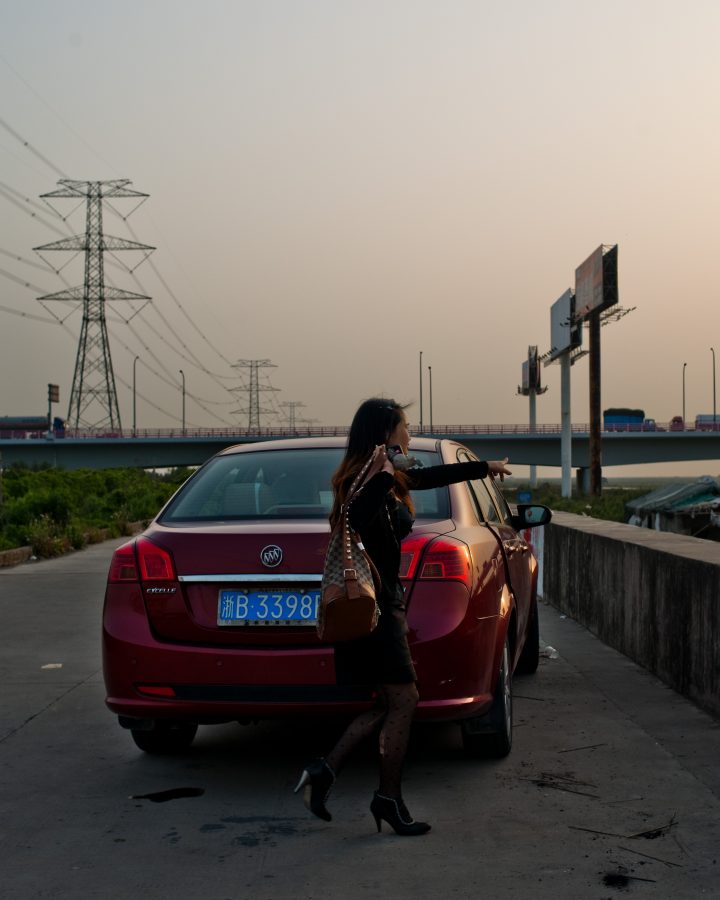 Xie Lijun is driving over the long pier Hangzhou to Jiaxing to meet Concubine one to help her.